There is a saying that… 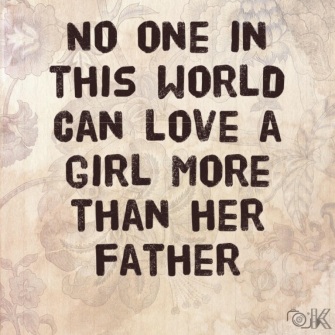 Every word of it is undoubtedly true!

It was only a day before that I complained to papa that why does he always give me a fruit to eat after I am done with my dinner and when I am so full that I can’t have anything else! And the irony is that I dare to complain when he actually chose the best fruit among the bunch, washed it clean, sliced it and handed it to me on a plate! All I had to do was just eat those slices of fruit!

But being so pampered by my papa I guess complaining has just become a habit. It has been just a friendly chat and he laughed it off when I flaunted my half knowledge that “Guava should be eaten as a whole, there is one seed among those numerous seeds which actually helps our body and blah blah…” It was something someone told me and out of blue I actually used that exact same information when I spoke to papa. He is very kind hearted and the coolest dad ever, so he laughed it off saying, it is ok but have these pieces now.

I took a piece of guava from the plate and my lazy back was not yet ready to get up and go to the kitchen to get a small plate. So, I just told him that “I will have them later you carry on Papa.” He said Ok, and left the room. As usual, I forgot that I told him I will have the fruit later. But he made sure that I do not skip it. He called me after some time and handed over the plate to me in which he saved a few pieces (the best ones) for me!

Well, I told you what happened the other day, but you might me wondering what is that had to do with my blog post today! So here it goes…

As always he amazed me yesterday with his act of unconditional love which he displays very frequently and unknowingly. He is not only a man of words but of actions as well. Papa never fails to amaze me! The impact of that unconditional love is such that it increases my love for him even more day by day. I look up to him as a role model and as an example of an ideal person!

As it happens, Papa took a note of my complaint and yesterday he brought guavas again on his way back from the office. Not just that, as usual, he picked the best fruit for me, washed it and handed the whole fruit to me in person before having dinner! All this happened while I sat comfortably at my desk reading blogs.

Sometimes I wonder whether I can ever be so selfless in my life. I feel when compared to parents, at least in my case I am very selfish and always put myself before anyone. Not that I don’t care about others, but my happiness is paramount to me before anything else which makes me wonder if I can ever be as selfless as them.

When it comes to marriage and tying a knot with a suitable partner, many of my relatives complain and talk behind my back about my unreasonable clauses and standards I have in mind. But what can I do when an ideal person is right in-front of my sight, my papa who shows his unconditional love towards us (D & I) which itself has increased the benchmark of the qualities I look for in a Man! And frankly, I feel beating that record of my dad in this case in next to impossible. I had not seen anyone with zero male ego, so down to earth, kind and loving in my life!

We were raised by our parents with that perfect balance. On one hand, while my mom is strict about our actions and consequences of those actions on the other hand Papa is quite opposite. He is a light hearted and cool person. So cool that at times when somehow we managed to get below average marks in a test he response always was, “It’s ok Nanna, numbers are not important, but the knowledge you gain is more important.” Such was (is) his cool!

Even now when I talk so much about my laziness or my inability to be selfless, I am sure tomorrow when I wake up same scenarios repeat where my dad does something so loving again and I sit tight and let him do that for me because somewhere deep down I crave that attention, I love to be loved by my dear papa in his own unique way. He is my first love after all and frankly, I don’t want to be any less than a princess to him. Am I being selfish? May be I am then!

Linking this to #ChattyBlogs hosted by SHANTALA.

I have come a long way from being an electronic engineer, former QA analyst, travel enthusiast to passionate Photographer, food addict and die hard soccer fan! How can I forget about books? I am also an avid reader, so much so that one can call me a Book Worm! I am a bit of everything! View all posts by Keerthi Vydyula

My Reviews on Zomato! 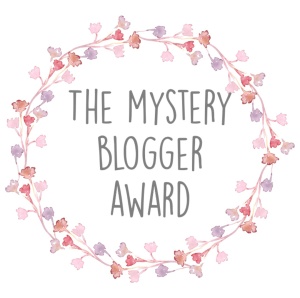 Find me on Zomato! 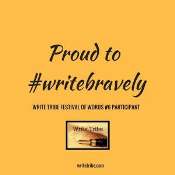